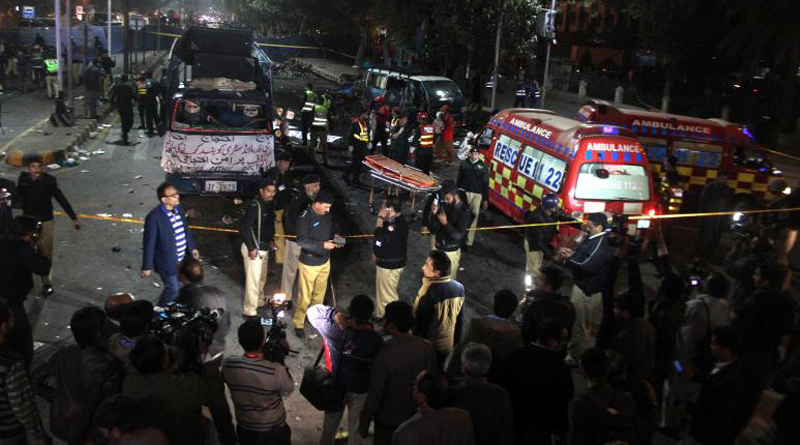 We are in sorrow for the victims and their kin, Archbishop Sebastian Francis Shaw

LAHORE:
At least 14 people including Traffic DIG Ahmed Mobin were killed and at least 73 others injured on Monday in an explosion near the Punjab Assembly in Lahore.

Archbishop Sebastian Francis Shaw strongly condemn Lahore blast. In a special talk with Catholics in Pakistan he said, “We are in sorrow for the victims and their kin”.

“With heartfelt and deepest sorrow, on the behalf of Church in Pakistan I sympathize with all the families that lost their relations in this callous and devilish act of terrorism. My thoughts and prayers go out to the victims, relatives and friends of this act of senseless violence. May God give them fortitude to bear the loss”.

Up to 400 people had attended the protest, according to an AFP reporter who was on the scene when the explosion occurred. “Suddenly there was a bang and a huge blast,” he said. “Everybody ran for safety.”

The incident occurred as hundreds of chemists were protesting nearby against a new regulatory law, Punjab Law Minister Rana Sanaullah said.

DSP Pervez Butt, SSP East Zahid Nawaz Gondal are among those killed in the attack. 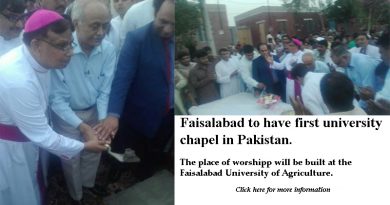 Faisalabad to have first university chapel in Pakistan 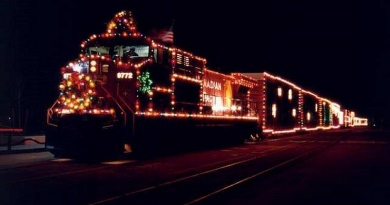