Faisalabad: A milestone in the Local Church for the Congregation of the Oblates of Mary Immaculate (OMI).

The acquisition of a new parish in the Faisalabad Diocese is a source of joy as the congregation is not only re-entering in the Faisalabad Diocese but refreshed their memories about their presence in Pakistan. The Congregation of Oblates of Mary Immaculate (OMI) started their mission in 1971 on the invitation of Bishop Francesco Benedetto Cialeo, O.P and Fr. Victor Gnanaparagasam OMI (currently Bishop of Apostolic Vicariate of Quetta) started the mission from Gojra city with a few classmates. Besides, he had also served in Pir Mahal, where he remained till 2002.

After a long period of 18 years, by the mutual consent of Bishop Andriyas of Faisalabad and Superior General of Oblates of Mary Immaculate (OMI) in Pakistan Fr. Khan Paulus (OMI), the Oblates came to Faisalabad Diocese once again.

They organized a Thanksgiving Mass to commemorate this historic day, November 18, 2020. Father Khan Paulus OMI and Bishop Andriyas signed the treaty in front of several priests and believers. The parish which was originally part of St. James’s parish, was divided and a new Parish was inaugurated named as St. Mary’s Parish, Faisalabad. According to the church rites, the keys were handed over to Father Khan OMI by the blessed hand of Bishop Andriyas Rehmat. Fr. Amanat Chaman OMI was appointed as the first Parish Priest in the parish.

On the occasion, Fr. Bonnie Mendes, a senior priest from Faisalabad, expressed his best wishes for the return of the Oblates of Mary Immaculate (OMI), and urged for achieving greater heights. In a telephonic message, Bishop Victor of Quetta congratulated on accomplishing this milestone. He also thanked Father Khan Paulus OMI for the historic return to Faisalabad-Pakistan. 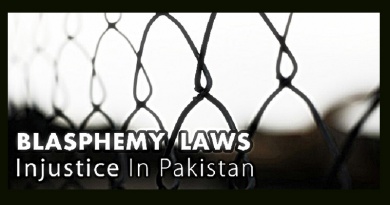 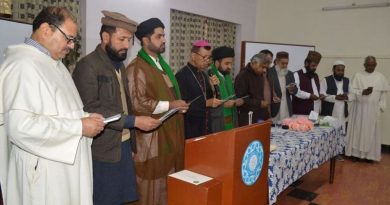 Together we can face the challenges of prevailing atheism, Abp Sebastian Shaw 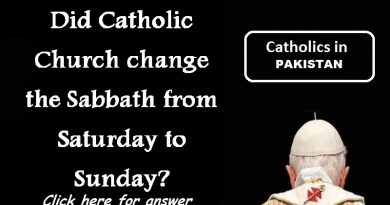 Did Catholic Church change the Sabbath from Saturday to Sunday? Find answer here